(Note: I think the comments are fixed now!)

If you missed the White House’s Easter proclamation yesterday, here it is: 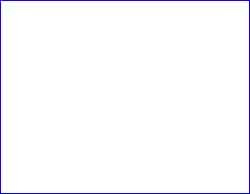 That’s right, there wasn’t one. They didn’t forget Earth Day and Ramadan though!

President Obama failed to release a statement or a proclamation recognizing the national observance of Easter Sunday, Christianity’s most sacred holiday.

The White House also failed to release a statement marking Good Friday. However, they did release an eight-paragraph statement heralding Earth Day. Likewise, the president’s weekend address mentioned neither Good Friday or Easter.

Is that why lightning struck the White House yesterday?

Today is the Easter Egg Roll at the White House. If you’re there, don’t miss the yoga garden:

And today, the president and first lady will host 30,000 people for the annual White House Easter Egg Roll. The secular celebration of Easter includes readings, games, and a yoga garden. This year’s theme, “Get Up and Go!” is part of the first ladyâ€™s anti-obesity campaign and will also display produce from the White House garden.

Not to sound like an unenlightened flyover-country hick, but what the hell is a yoga garden? “It must be spring… the Bikram Choudhury is in full bloom!”

By the way, according to Obama’s spokeman, the president was too busy going to church to think about Easter.

Update II: Reverend Wright’s not available in DC, but Obama at least found an Easter pastor who once equated Rush Limbaugh with the KKK.

Doug Powers is a writer, editor and commentator covering news of the day from a conservative viewpoint with an occasional shot of irreverence and a chaser of snark. Townhall Media writer/editor. MichelleMalkin.com alum. Bowling novice. Long-suffering Detroit Lions fan. Contact: WriteDoug@Live.com. View all posts by Doug Powers